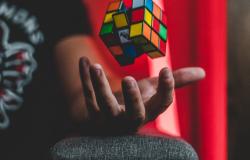 How do emerging powers gain inclusion into club institutions, i.e. institutions with selective memberships that deliberately seek to avoid universality? We present a framework that highlights three factors: an emerging power’s ‘fit’ to the club’s logic of exclusivity, the club’s possession of goods of value to the emerging power, and the ability of the emerging power to incentivize the club to open up via different strategies. We hypothesize that, due to the selection effect of choosing to seek inclusion in a club, emerging powers will seek integration using integrative strategies such as co‐optation and persuasion. We apply the framework to analyse the case of China’s inclusion – along with several other countries – as a State Observer in the Arctic Council in 2013. While China did use largely integrative strategies, the political background to the decision to open up to new observers reveals latent features of power bargaining. Moreover, it is unclear whether observer status has been sufficient to satisfy China. The case highlights the significance of observers in international organizations as well as the importance of clubs’ logics of exclusivity to their ability to adapt to international power shifts.

Photo by Marko Blazevic from Pexels

The Impact of Innovation in Geotechnology on Energy and the Environment
Carter W. Page
Vol 5, Issue 1, February 2014