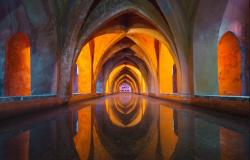 International organizations (IOs) are perceived as increasingly important, yet also severely challenged actors in world politics. How authoritative are IOs, how do they exercise authority, and how has their authority evolved over time? The International Authority Database (IAD) offers a novel measure of IO authority built from several aspects of an IO’s institutional design. We provide systematic data on how IOs exercise authority across seven policy functions, using a representative sample of 34 IOs, based on coding over 200 IO bodies, and covering the period 1920–2013. Empirical applications illustrate how the IAD advances our understanding of IOs in novel and important ways.

Photo by tyler hendy from Pexels

A Quantum Leap in Energy Efficiency to Put the Sustainable Development Goals in Closer Reach
Daniel Puig, Timothy Clifford Farrell and Magda Moner‐Girona
Vol 9, Issue 3, September 2018
What Governments Can Do to Support their Economies: The Case for a Strategic Econsystem
Henning Meyer and Andreas Klasen
Special Issue: Economic Policy, Governance and Institutions in Times of Crisis