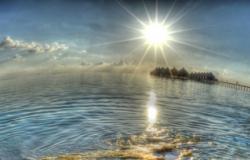 The recent pace of international agreement aimed to reduce tax evasion and avoidance was completely unpredicted prior to the financial crisis. The two targets are often considered to be merely different dimensions of the same problem. This paper argues that the two problems actually involve very different logics, and this holds the key to the prospects for success. The assault on tax evasion confronts a problem that is commonly recognized and admits to amelioration through the increased information sharing that is rapidly, although unevenly, advancing. Attempts to reduce corporate tax avoidance, however, confront ambiguity at every turn. National corporate tax systems differ markedly from each other in rules as well as rates, and agreement necessarily takes place in an ever more competitive international business environment in which national rate and rule setting will remain largely independent. Moreover, increased attention to the international taxation of business seems to have increased rather than dampened unilateral initiatives to advance national gain.