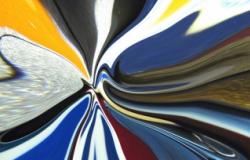 The global financial crisis of 2007 turned into a sovereign debt crisis that placed the economies within the EU in jeopardy. Despite hastily decided rescue packages, bailouts and far-reaching reforms of economic governance in the EU the situation still looks grim in some Southern member states. In the course of these rescue attempts technocratic decision making at the European level and within the most crisis-ridden countries became more influential. Instead of rethinking the economic system, political accountability shifted from citizens to markets in order to ‘fix the system’. The knowledge base informing political decision making remained largely intact, allowing a dominant, international advocacy coalition to impose reforms deemed ‘necessary’. The price to pay is a decline in trust in elected representatives and the threat to fall back behind even Schumpeterian-style democracies.

Gold at the end of the Rainbow? The BRI and the Middle East
Anoushiravan Ehteshami
Vol 9, Issue 3, September 2018