The MENA Region's Intersecting Crises: What Next? 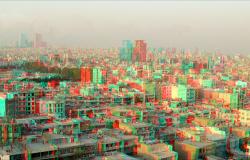 Conflicts in the Middle East and North Africa have been multiplying and increasingly intersecting. This complicates and delays efforts to resolve them. Yet sooner or later they must come to an end. Once they do, it is fair to ask what comes next. Can the region recover? And if so, what shape will it take? Some patterns are already visible. National identities, which were subsumed by a series of competing sub‐national identities, are rebounding as an essential glue in uncertain times, reinforcing state borders and possibly state structures. And forms of local governance are thriving in some areas where the state has dissolved and its writ disappeared; they constitute important experiments that may prevent a return of fierce authoritarian states. Some obstacles to attempts by societies to reconstitute themselves are also evident. The current conflicts’ intersecting nature is one; the other is unremitting external interventions that do yet greater harm by militarizing solutions to political problems, further polarizing divided polities, and undermining local efforts at renegotiating social contracts. Policy makers should gain a more nuanced understanding of the current crises and shape policies that do no further harm but instead contribute to a more stable future.