Reform Starts Bottom-Up. Can Civil Society Get The Commonwealth Back On Track? 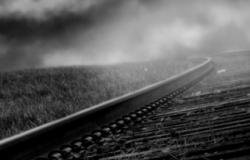 In November 2015 leaders of the 53 member states of the Commonwealth will gather in Valletta for the biennial Commonwealth Heads of Government Meeting (CHOGM). The previous meeting in Colombo was overshadowed by controversies about the lamentable human rights record of host nation Sri Lanka, which resulted in the absence of many important heads of state, and a concluding communiqué that could not expunge the diplomatic fiasco. Since then, the Commonwealth is fighting for survival – and not for the first time. The Commonwealth has been in crisis for many years. Is it a relic of the past or a unique international organisation which can bring added value to the global stage? The worst we can do, is ignore this bad state and pretend all is fine.

Democracy under Siege of Authoritarian Liberalism: Remarks on the Crisis of National and Transnational Republicanism in Europe
Hauke Brunkhorst
Special Issue: Democracy Beyond Borders