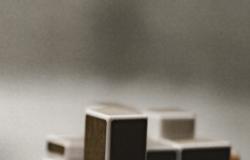 Despite repeated calls for reform, the UN Security Council has as yet resisted to satisfy the demands of a group of rising powers – Brazil, Germany, India, and Japan (G4) – for a permanent seat. We focus on one strategy of institutional adaptation to power shifts mentioned in the introductory article to this special issue and examine why the G4’s rhetorical coercion strategy has failed to resonate with the Council’s permanent members and the wider UN membership. Looking at the key debate on Security Council reform in the General Assembly in 2005, we examine the justifications the G4 have offered to support their proposal and whether these have been accepted as legitimate by UN member states. We show that the G4’s rhetorical coercion strategy has failed to resonate with the targeted audience because the G4 have justified their demand strongly in terms of how their material contributions would enhance the UN’s performance. In contrast, the G4’s opponents provided justifications predominantly based on fair and democratic procedures, generating higher levels of expressed support. The importance of procedural fairness is consistent with findings in social psychology and challenges the prominent argument that performance is the main path to legitimacy for international institutions.

Photo by Pelipoer Lara from Pexels