The Role of State Leadership in the Incidence of International Governance 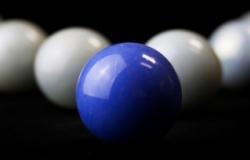 To understand leadership in international governance, I begin at the structural level with state actors. A simple framework that relies on state interests and material power can shed light on why powerful states take on leadership roles in some negotiations (e.g. arms control) but not in others (e.g. human rights). States attempting to cooperate to realize joint interests or solve problems often face a set of common and persistent obstacles. These obstacles, which I call ‘cooperation problems’, can make otherwise beneficial cooperation difficult to achieve. I argue that the particular combination of underlying cooperation problems present in an issue affects a powerful state's desire to take on a leadership position with respect to the incidence of international cooperation – that is, agenda setting by putting forth the first draft of an international agreement addressing the issue and remaining in control of subsequent drafts. Because, from a policy point of view, the most interesting cases are those that involve distribution problems, I focus on the following two combinations of problems: distribution with coordination and distribution without coordination. I use the examples of the Nuclear Nonproliferation Treaty, the Antarctic Treaty, the Convention on the Elimination of Racial Discrimination and the Convention Against Torture to illustrate the theoretical discussion.