Collective Action to Avoid Catastrophe: When Countries Succeed, When They Fail, and Why 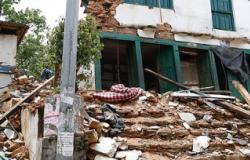 This article is concerned with situations in which avoiding a catastrophic outcome requires collective action. Using the logic of simple game theory, I identify circumstances that would cause rational players to act so as to guarantee that a catastrophe occurs, even when it is in their collective interests to avoid such an outcome – and when these players have the means at their disposal to ensure that such an outcome is avoided. I also identify circumstances that would cause rational players to act in concert to avert a catastrophe, and explain why other circumstances that might seem relevant to explaining these outcomes may be entirely inconsequential. Most of my discussion focuses on climate change. However, I also explain the relevance of the approach to three other areas: the millennium bug, drug resistance and nuclear arms control. In the final sections I discuss whether and how institutions might be designed to overcome, or at least reduce the likelihood of, catastrophic collective-action failures at the international level.

The ability of countries to organize to avoid catastrophes depends critically on uncertainty about the threshold, or tipping point, for catastrophic change.
When this uncertainty is small, avoiding catastrophe requires coordination – something countries are very good at doing.
When this uncertainty is large, collective action requires enforcement of a cooperative agreement – something countries are very bad at doing.
Enforcement can be enhanced by countries ceding some sovereignty – and yet, historically, countries have been unwilling to do this without having first experienced a catastrophic outcome.
In some cases it may be possible to devise strategies that transform a collective-action problem into a coordination game.
Access Article