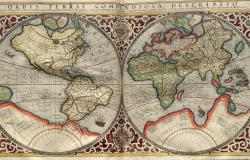 Scientific and technological progress might change people's capabilities or incentives in ways that would destabilize civilization. For example, advances in DIY biohacking tools might make it easy for anybody with basic training in biology to kill millions; novel military technologies could trigger arms races in which whoever strikes first has a decisive advantage; or some economically advantageous process may be invented that produces disastrous negative global externalities that are hard to regulate. This paper introduces the concept of a vulnerable world: roughly, one in which there is some level of technological development at which civilization almost certainly gets devastated by default, i.e. unless it has exited the ‘semi‐anarchic default condition’. Several counterfactual historical and speculative future vulnerabilities are analyzed and arranged into a typology. A general ability to stabilize a vulnerable world would require greatly amplified capacities for preventive policing and global governance. The vulnerable world hypothesis thus offers a new perspective from which to evaluate the risk‐benefit balance of developments towards ubiquitous surveillance or a unipolar world order.