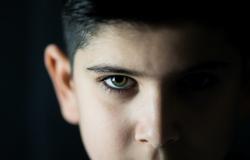 The sheer size of the Indian population and its presence in a gigantic biometrics database has made possible the appropriation and control of millions of bodies on an everyday basis. It is being done at different levels by players operating the Digital State, with a markets-based approach aiming to provide governance and development entitlements, healthcare being one among them. However, at the receiving end of this appropriative force are the 22 percent below poverty line (BPL) population, accounting for around 300 million people living at less than 1.25 dollars per day. These tend to be bodies facing a double jeopardy of historical-social-economic inequalities and negotiating the biometric means of accessing healthcare entitlements. Specifically, this refers to an arduous process of proving one's 'mistrusted' self to be able to enter the process of availing medical treatment. Based on qualitative fieldwork in Jharkhand and Delhi, the paper argues that the very process of biometrics-based access to healthcare appropriates the bodies of BPL families even before they get any medical treatment. Findings reflect that the biometrics (technological) means for identifying the mistrusted bodies of BPL populations adds to the existing social inequalities.

Photo by Iuliyan Metodiev from Pexels