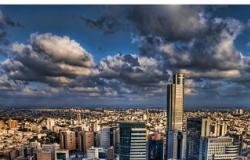 Cities are increasingly capturing the attention of major international actors and now regularly feature in multilateral processes. Yet while there are many studies on networking among cities, there have been few studies of ‘city networks’ as formal and institutionalized governance structures facilitating city-to-city and city-to-other actors cooperation, or ‘city diplomacy’. Institutionalized networks of cities, while not new, are becoming a growing presence on the international scene, almost omnipresent and perhaps even too common. Might it be time for a ‘Darwinian’ selection between city networking options? Diving deeper into this networked challenge, this essay focuses on the effects this networked diplomacy and overlap it might have on cities. Drawing on a research collaboration between the UCL City Leadership Laboratory at University College London and the World Health Organization's Healthy Cities Network and both a global dataset of city networks as well as qualitative focus group data, we consider the growth of these governance structures, their strengths, but also the weaknesses associated with their rapid growth, and how cities can engage with this networked landscape more strategically. In short, we argue that the potential of city networks must go hand-in-hand with more integrative and strategic thinking at both local and international levels.

Networks are communities, not just branding opportunities: cities’ incentives to the involvement in institutionalized networking remain closely connected to investment/market opportunities and legitimacy-building, but it is the role of networks as ‘communities of practice’ that cities regularly reiterate as key to success.
Recognize the global extent of city networking: global policy actors are faced today by a vast city networking landscape well beyond limiting ‘national networks’ and ‘twinning’ partnerships between cities; yet we have little systematic appreciation of the shape and impact of this landscape.
Public-private coalitions are key: albeit critical for legitimacy and long term survival, the support of multilateral organizations to city networking is not enough to grant their success and requires other global policy actors (e.g. business and philanthropies).
More strategic and less opportunistic networking is needed: there might be today too many city networks, painting a confusing global landscape of possible engagements and raising questions of possible natural selection among networks in a resource-constrained space.
Access Article