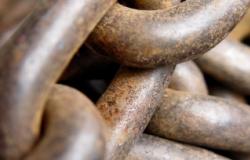 All throughout history, slavery has been a constant and a key factor in economic development. Also for many centuries slavery and forced labour was legal. Only from the beginning of the 20th century onwards slavery became illegal and criminalized. Many international commitments were made to address the issue of forced labour and slavery. However, despite these international legislative efforts slavery, forced labour and human trafficking still persist today. New regulatory instruments have been developed in recent years to further enforce these international commitments. These instruments aim to force private and public actors to comply with the international conventions. Little is known about their effectiveness. Do these initiatives have any impact? This special section seeks answers to this question by analysing different instruments and their implementation.

Sulfur in the Sky with Diamonds: An Inquiry into the Feasibility of Solar Geoengineering
Marco Grasso
Vol 10, Issue 2, May 2019