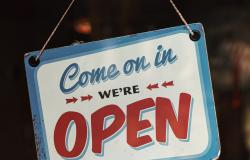 For decades now, scholars have questioned the influence that international trade has had on labour regimes across the globe. This article seeks to contribute to this body of literature by assessing the relationship between trade openness and labour flexibility across countries while controlling for institutional complementarities and industrial relations values included in the varieties of capitalism (VoC) literature. In parallel, the article’s empirical core assesses the relationship between labour flexibility and trade openness within OECD and Latin American countries. As the empirical sections will highlight, the paper’s examination of the cited bivariate relationship points to a policy convergence toward labour flexibility among OECD countries that were originally considered by the VoC framework. Conversely, in Latin America, the cited relationship exhibits diverging trajectories in policy outcomes, suggesting an influential impact of the ‘pink tide’ that swept across the region at the turn of the century.