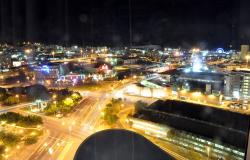 This article focuses on the ways in which museums perform peri‐urban agency in urban peripheries. The latter are defined as meeting points between rural and urban economies and zones of transition and precariousness, shaped by intersectional inequalities. In South Africa, the experiences of migrant workers include governed (im)mobilities, living on the urban periphery and seeing the continuation of colonial practices in a neoliberal economic environment. A mnemonic reading of the ways in which migrant labour is interpreted and curated by the Lwandle Migrant Labour Museum near Cape Town reflects the extent to which the control of mobilities continues to operate in the country's post‐apartheid neoliberal system. The manner in which the museum curates the experience of migrant‐labour casts light on the performance of a particular form of peri‐urban agency as a way of interpreting the experience of migrant labour beyond Cape Town's city centre. Such agency is not free from contestation but instead an articulation of mnemonic agency in a post‐colonial political setting.

Beyond immigration: Moving from Western to Global Indexes of Migration Policy
Giacomo Solano and Thomas Huddleston
Vol 12, Issue 3, May 2021