Disrupting the Rhythms of Violence: Anti‐port Protests in the City of Buenaventura 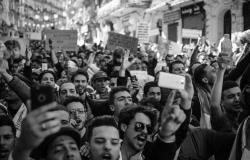 This contribution draws on rhythmanalysis and the political economy of assemblage to provide a framework for understanding the productive spatio‐temporal effects of physical violence on urban rhythms. The paper explores how Buenaventura, Colombia's biggest port city, is transformed both by the growth in container turnover, and through recurring, spatial and temporal practices of violence. What role does violence play in the relation between trade‐driven acceleration through the port, and the aquatic, tidal rhythm that historically shaped the city? The contribution mobilizes the notion of disruption to analyse the frictions emerging between infrastructural nodes of acceleration, inhabitants’ movements, and urban space. I argue that while recurring violence provides urban rhythm itself, social movements may employ the temporal instrument of disruption as a means both of political articulation and transformation within the logics of accelerated accumulation and in a context marked by violent rhythms and forced mobility.