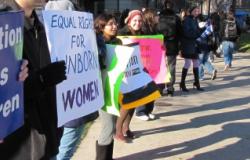 This article analyses a correlate of abortion law that has not been addressed in previous research: the effects of past or present communist rule. As communists reject any moral standards that were based on religious beliefs, they liberalized abortion law after they gained power. A quantitative analysis of 170 nations shows that countries with a communist past or present have more liberal abortion laws.

Moreover, abortion law tends to be more liberal, the more modern and globalized a country is and the more women are represented in the workforce and in parliament. A larger percentage of Catholics in the population, in contrast, correlates with more restrictive legislation. Some countries do not fit this general pattern and the article discusses the reasons. Based on the empirical results it goes on to present the implications of the findings for public policy: in many countries strong and persistent socioeconomic and cultural forces stand in the way of further abortion law liberalization. Under these conditions, proponents of liberalization have greater chances of success if they take a moderate stance and focus on women's health instead of women's rights.