Competition and Complementarity between Global and Regional Human Rights Institutions 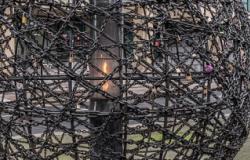 Fragmentation and competition between global and regional institutions are not among the major issues that threaten the regime. There are three ways in which tensions nonetheless arise. First, consistent with the universalist aspirations of human rights, global conventions have played a focal role in verbally defining rights. This masks considerable cross-regional and intra-regional differences in how rights should be interpreted. Second, judicialization of human rights has mostly occurred at the regional level. This occasionally creates inconsistencies with the global regime. Third, rights concerns often encroach on other areas of international cooperation, including security, trade, and development. This raises similar issues of forum shopping as in the other issue areas, for example because some governments may shop for trade agreements or development loans with fewer rights conditions.

What is the Future for the International Civil Service? On Global Public Administration
Jean-Marc Coicaud
Vol 8, Issue 4, November 2017