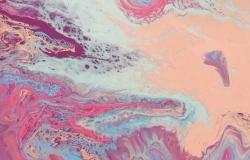 Since the turn of the century, an increasing number of governments around the world has introduced or tightened restrictions on civil society organizations (CSOs). Attempts by local CSOs and external actors to counter this trend of shrinking civic spaces have been mostly unsuccessful. In a few notable cases, however, civic space restrictions have been reversed or even prevented from being adopted in the first place. Focusing on resistance to so-called NGO laws, this paper explores the strategies, causal mechanisms and scope conditions that help explain the successful defense of civic space. In a first step, the paper develops a theoretical framework by drawing on research on the diffusion and promotion of international norms, civic resistance and social movements. Second, it looks at two cases – Kenya (2013) and Kyrgyzstan (2013–2016) – in which governmental attempts to impose legal restrictions on foreign-funded NGOs were effectively aborted. The analysis finds that successful resistance in both cases was based on domestic campaigns organized by broad alliances of local CSOs, which were able to draw on preexisting mobilizing structures and put forward a socioeconomic narrative to lobby against civic space restrictions. In Kyrgyzstan, but not in Kenya, external actors also played a significant role.

Photo by Dids from Pexels

The Protocol on Ireland/Northern Ireland: Past, Present, and Future Precariousness
Katy Hayward and Milena Komarova
Special Issue: Brexit - Past, Present and Future
Not Seeing the Wood for the Trees
David Alex Rogers and Karen Sack
Vol 3, Issue 4, November 2012