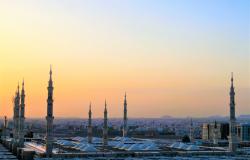 Despite the sizeable economic clout of Saudi Arabia’s Public Investment Fund (PIF), the academic literature on the PIF is relatively nascent. How do domestic and international political considerations shape the PIF’s investment policies? This article contends that the PIF’s current domestic investments constitute the latest incarnation of an historic pattern of development policies in Saudi Arabia. This pattern challenges the PIF with balancing market‐driven development and satiating the preferences of political leaders. Meanwhile, the PIF’s international investments are subject to a novel form of political risk. While international political risk has previously emanated from public regulation and oversight, the Khashoggi incident has given rise to unparalleled private sector‐led, non‐regulatory political risk. For other sovereign wealth funds, the PIF’s experience is indicative of potential future non‐regulatory political risk in western markets. By using the PIF as a case study to explore how domestic and international factors influence the behavior of a sovereign wealth fund (SWF), this article contributes to a growing literature on the non‐economic drivers of SWF investments.

Photo by Konevi from Pexels