Killer Robots: Why the US should Lead the Ban 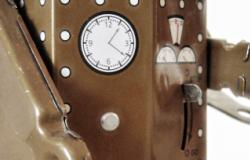 Killer robots are systems that can choose targets without further human intervention. The US should take the lead at the United Nations in creating specific new global norms and clarify expectations and universally agreed behavior. The US is the only country in a strong enough position to take the lead to stop a technology that will mean the loss of humanity in decisions of war and peace. The time to act is now before unpredictable proliferation occurs. A preventive ban on offensive killer robots is the vital first step in setting a principled limit to killing-yielding automation and is a critical tool in the effort to regulate other robotics and nascent technology that could destabilize international peace and security. The potential for fully autonomous weapons systems to be advantageous is unpromising. Fully autonomous weapons systems do not appear to offer military advantages for modern warfare that would be compliant with international law. Four branches of international law require attention here, and examined together, they serve as a foundational bedrock that has historically been used to constrain violence in war: the law of state responsibility, the law on the use of force, international humanitarian law and human rights law.

From Engagement to Competition? The Logic of the US China Policy Debate
Nien‐chung Chang‐Liao
Vol 10, Issue 2, May 2019