The Theological Landscape of the Nuclear Nonproliferation Treaty: the Catholic Church, the World Council of Churches and the Bomb 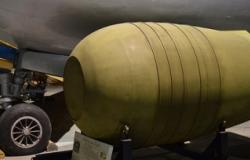 Can religion bring something distinct, critical and useful to global politics? Or do the voices of religious actors mimic those of secular NGOs when given opportunities to speak truth to power in international diplomacy? This article examines these questions through the lens of nuclear disarmament, considering the role of the Catholic Church and the World Council of Churches at the 2015 Nuclear Nonproliferation Treaty Review Conference at the United Nations headquarters in New York City. While faith communities have had a potent role in pushing for nuclear disarmament, the article argues that much more can be done by religious actors to argue that nuclear weapons are a stain on the moral conscience of people of faith.