A Critical View on Human Mobility in Times of Crisis 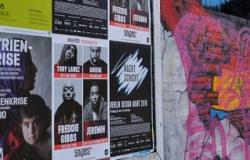 The number of forced migrants from the Global South to the Global North has increased in recent years, contributing to an on-going, multi-level political crisis in an already struggling European Union, as well as to a rise in right-wing populism across the ‘Northern’/’Western’ world. How does the West's claim to be a norm entrepreneur for rule of law, freedom and prosperity relate to a growing rejection of an ‘other’ who is asking for refuge in this protected space in accordance with the latter's self-proclaimed rules? This contribution aims to answer this question by inquiring into the role of colonial borders, both in the literal and the metaphorical sense, in and for processes of ‘othering’ with regard to present-day migrants. Inspired by Homi K. Bhabha, it uncovers colonial power relations by looking at central characteristics of Western discourses on migration in order to answer the question of who belongs, which is, in turn, key to peaceful co-existence.