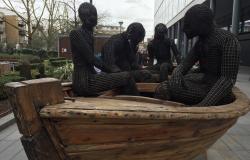 The European migration crisis and the ongoing Rohingya refugee surge from Myanmar to Bangladesh have brought back the focus on migration governance and underlying policy challenges governing the issue. Many questions remain on how to properly manage mass migration flows. In particular, policy makers continue to face the challenge of respecting international commitments such as the 1951 Refugee Convention and its 1967 Protocol while at the same time mitigating political backlash promoted by a sense of loss of control and overburdening in receiving states. The present special section contributes to the ongoing debate in two ways. First, it homes in on regional perspectives on global migration governance with a view to fostering common approaches and better burden sharing. Second, the special section looks not only at Europe and its ‘new governance’ model, but also at South America's ‘emerging resettlement countries’ and the potential for enhanced inter-regional cooperation between South Asia and Europe. In doing so, it puts the European crisis into a broader perspective and points to untapped potential of regional and inter-regional approaches around the world.

Networks and Power: Why Networks are Hierarchical Not Flat and What Can Be Done About It
Moira V. Faul
Vol 7, Issue 2, May 2016