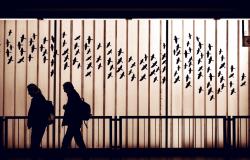 It has become commonplace to regard the contemporary state of migration to Europe as a ‘crisis’. The European Union has been under pressure to respond effectively to this ‘crisis’, which has gone to the very top of its policy making agenda. However, despite the legal powers the EU has to regulate migration, legislative measures appear to have declined as an appropriate response. Rather, a constant stream of policy documents has referred to ‘tools’ and ‘instruments’ which appear to fall outside the scope of legislative processes, and the democratic scrutiny which goes hand-in-hand with them. This article argues that the practices which are emerging from the institutions can be regarded as instances of ‘new governance’, which are found in other areas of EU activity. To do so highlights the risks associated with using non-legal tools to deal with an area where there are extremely important consequences for individuals. The policy recommendations highlight the need for vigilance to ensure that the EU's stated values are not undermined in the quest for dealing with the migration ‘crisis’.