Between a Carrot and a Stick: Science Diplomacy and Access to EU Research Funding 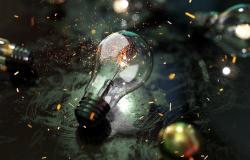 This article engages the EU's approach to science diplomacy through the case of the Swiss ‘mass migration initiative’ in 2014. The legislative proposal, legally binding through its adoption by Swiss voters, obliged the Swiss government to take sovereign control over migration management, thereby preventing the ratification of the ‘Croatia Protocol’ that would have, through the EU regime of free movement of persons and the bilateral treaties between Switzerland and the EU, granted Croatian citizens free movement to Switzerland. As the refusal to ratify the protocol effectively undercut the bilateral treaties, the EU Commission in turn used the Swiss participation in the European research funding framework Horizon 2020 as leverage to enforce Swiss compliance to the bilateral treaties. This eventually compelled the Swiss government to ratify the Croatia Protocol despite the domestic legal clash with the ‘mass migration initiative’ proposal. Conceptually, the article turns the attention to contradicting policy goals in an emerging EU science diplomacy framework, and shows how science diplomacy in the conflict around the Croatia Protocol got stuck between a liberal ‘carrot’ and a realist ‘stick’.

In Whose Name Are You Speaking? The Marginalization of the Poor in Global Civil Society
Carole-Anne Sénit and Frank Biermann
Vol 12, Issue 5, November 2021