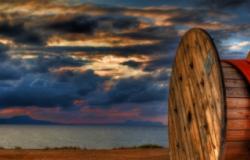 The ‘middle-income trap’ (MIT) is ‘real enough’ for policy makers in developing countries to take it as a serious threat to prospects for achieving ‘high’ average income. Those prospects are further clouded by the major changes occurring as the digital revolution moves from connecting people to the internet to connecting the internet to everything else, across many sectors of human life (the Third Wave). Both sets of forces raise the potential advantages of pro-active industrial policy. Yet mainstream economic thinking – and the consensus of international development organizations like the World Bank – has long tended to disapprove of it, in the spirit of ‘The best industrial policy is none at all’. In light of the middle-income trap, the Third Wave, and other conditions in the world economy, this essay discusses some of the big issues in the design of industrial policy, on the theme of how to do it well rather than how to do it less.

Industrial policy should aim to diversify and upgrade the economy's export composition and raise the proportion of local value-added, with particular attention to ICT, pharma, instruments, and other machinery.
The potential contribution of one or more industrial policy agencies is all the greater today, as the Third Wave of the digital revolution rolls out. As industries vital to the lives of earlier generations were transformed by electricity, industries vital to our daily lives are being transformed by the application of internet connectivity. Governments have a critical role in steering this transformation.
Governments should be cautious about accepting the deal on offer in free trade agreements with western governments: ‘improved access to our market, but you must give up your policy space’. Governments should be doubly cautious about agreeing to give up the ability to control capital movements across the national boundary.
Comparison of the organization of more, and less, effective public agencies suggests rules of thumb for making an effective industrial policy agency, even in the context of generally ineffective government agencies.
Sectorally-targeted industrial policy can help to speed a middle-income country through the ‘glass ceiling’ and into the high-income segment.
Access Article

Responding to Crises: the Problematic Relationship between Security and Justice in The Responsibility to Protect
Alexandra Bohm
Vol 4, Issue 3, September 2013