Appointment with Destiny: Selecting WTO Judges in the Future 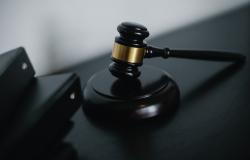 Nothing has done more to shake confidence in the World Trade Organization, and create uncertainty in rules‐based international trade, than the demise of the WTO’s Appellate Body (AB). Given the design of the WTO Dispute Settlement Understanding (DSU), in the absence of a functioning Appellate Body, members cannot have confidence in the finality or enforceability of panel rulings. Thus, a fundamental premise of the legal commitments under WTO treaties is undermined. The collapse of the AB is due to a decision of the Trump Administration systematically to block new appointments to fill vacancies. This move, unprecedented in US trade policy in the WTO era, and not supported by any other WTO member, has completely failed as means of pressing the Administration’s complaints about ‘judicial overreach’ in the Appellate Body. This single Trump decision can easily be reversed by the Biden Administration stating that it is prepared to participate in good faith in a new process for selecting AB members. In this article, I suggest how the Appellate Body appointment process might go forward in the current context, addressing concerns of the US and some others about the past performance of the AB.

Photo by Sora Shimazaki from Pexels