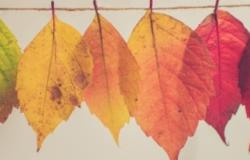 Intergovernmental Organizations (IOs) such as the Asian Development Bank (ADB) were created by and for states. The ADB was established to further economic growth and cooperation in the Asia Pacific. At the behest of its powerful member states the ADB created an accountability mechanism (AM) in 1995. This mechanism was created to provide recourse to people that might be or are ‘directly materially and adversely affected’ by a development project financed by the ADB. As with the other Multilateral Development Banks (MDBs), the creation of such an ‘external accountability mechanism’ recognized a legally relevant relationship between an IO and private persons. This article investigates the operations of the ADB's AM. Arguably, the ADB's AM has brought some improvement to affected people through its mediation, compliance investigations and monitoring. Yet analysis of the mechanism also demonstrates that progress is hampered by a lack of access, transparency, Developing Member Country (DMC) resistance, staff obstruction and a lack of independence in the mechanism itself.

Continued state support of the external AMs of the MDBs must rest on recognising the ability of these mechanisms to improve the plight of project affected people, while continuing to address their limitations.
Any support of the accountability mechanism of the ADB must come with assurances regarding DMCs’ right to retain state sovereignty without overriding the outcomes of the mechanism. Upholding the integrity of the mechanism is vital for its ability to operate effectively.
Prospective claimants must identify whether making a claim to the AM will advance their interests or whether other avenues of recourse and redress are necessary.
The ADB should prioritise its efforts to mainstream the accountability process within the bank to ensure staff support. This is crucial to the mechanism's role in improving the ADB's development effectiveness in the region.
Periodic evidence based reviews of the mechanism are vital to the functioning of the mechanism, and to retaining its legitimacy. This should be based on both internal and independent assessments of the mechanism.
Access Article