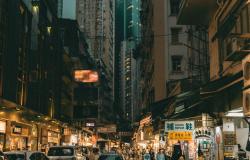 Photo by Dimitris.s12 from Pexels

‘Seafood from Slaves’: The Pulitzer Prize in the Light of the UN Guiding Principles on Business and Human Rights
Angelica Bonfanti and Marta Bordignon
Vol 8, Issue 4, November 2017

‘Epistemic Injustice’ and the ‘Right Not to Be Poor’: Bringing Recognition into the Debate on Global Justice
Valentina Gentile
Vol 4, Issue 4, November 2013