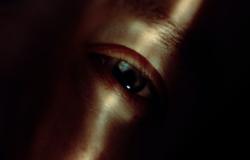 Human rights advocates, particularly intergovernmental organizations (IGO), consider donors’ interests when conducting human rights shaming. Allies of donors receive preferential treatment from IGOs. Do IGOs automatically treat allies of donors more leniently or do they consider the donors’ interests in the specific area being reviewed? This article argues that donor interest considerations are policy-area-specific. I substantiate this argument by analysing the association between shaming and partnership with the US, using a new dataset which measures shaming under the International Covenant on Economic Social and Cultural Rights (ICESCR). I use several analysis methods and data matching. The results indicate that having a trade agreement with the US is associated with receiving more criticism under the ICESCR. Rather than giving automatic preferential treatment to allies and partners of the UN’s main donor, the ICESCR committee adjusts its shaming to the US’s interest vis-à-vis its partners in the policy-areas affected by the treaty.

Photo by Сергей Гладкий from Pexels

Taking Systems Thinking to the Global Level: Using the WHO Building Blocks to Describe and Appraise the Global Health System in Relation to COVID-19
Josephine Borghi and Garrett W. Brown
Vol 13, Issue 2, May 2022