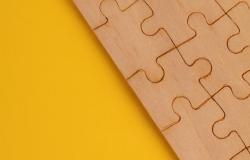 Building on previous research on the relations between the European Union (EU) and the World Bank, this paper contributes to the debate on the World Bank focality in the regime complex for multilateral development finance. Adopting a historical-institutionalist perspective, the analysis focuses on the determinants and mechanisms of micro-institutional changes that have occurred in the context of EU-World Bank's interaction in non-core lending, particularly in World Bank trust funds and EU blending facilities. Most of the existing literature has focused on the ascendancy of new regional development banks outside the Bretton Woods camp, qualifying it as mostly conflicting or mostly cooperative. In contrast, this paper contends that a challenge has arisen also from within the group of core Bretton Woods-inspired institutions. In addition, it shows how the EU has both competed and cooperated with the World Bank in the area of fiduciary funding, across three broad phases, and in response to specific critical junctures and tipping points. The EU’s innovation and quest for leadership in blended finance has replicated the World Bank’s good practices on some counts, yet it has also challenged its focality in non-core lending.

Photo by Ann H from Pexels