Emerging Powers, Leadership, and South–South Solidarity: The Battle Over Special and Differential Treatment at the WTO 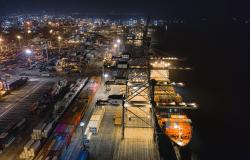 Emerging powers, such as China and India, have used claims of developing world leadership and South–South solidarity to strengthen their bargaining position in WTO negotiations. Yet analysis of the growing battle over special and differential treatment (SDT) suggests that such claims are increasingly tenuous. The question of how emerging economic powers should be classified and treated under global trade rules has become an acute source of conflict in the trade regime. The emerging powers insist on access to SDT as an unconditional right of developing countries. But in a debate dominated by the emerging and established powers, the interests of most developing countries have been largely overlooked. Drawing on the cases of agriculture and fisheries – two areas of international trade of particular importance to the developing world – I show that extending SDT to the emerging powers is increasingly problematic for global development. In these areas, many emerging economies are now among the world's largest subsidizers, and the harmful effects of their policies are felt most keenly by other developing countries. Granting SDT to exempt emerging subsidizers from WTO disciplines would therefore undermine efforts to use global trade rules to promote global development, as well as to protect the environment.

When the Flames are Licking at the Door: Standing Mechanisms for Conflict Prevention
Laurie Nathan
Special Issue - New Diplomacy for New Conflicts