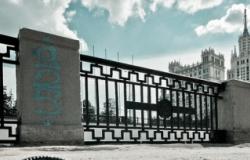 The Russian government saw the 2008 global financial crisis as both a repudiation of western neoliberalism and as an ideal opportunity to promote its own international economic leadership. Russia's alternative vision encompasses multipolarity, financial nationalism and political illiberalism. These policies are symbiotic. The state uses its control over financial flows to build and maintain political and economic power at home as well as to project its influence abroad, all justified with a strong dose of great power nationalism positioning Russia as the Eurasian pole in an emerging multipolar world order. However, the Kremlin is doomed to frustration in its quest to assert international economic leadership. The Russian government has the ability to shake up the existing international order but lacks the credibility, stability, or economic clout to lead the creation of a new one. This has troubling implications for the future of international economic cooperation and reform, as Russia's frustrations have increasingly turned it in reactive and confrontational directions.

The west must devise a new strategy towards Russia – one that takes into account Russia's search for great power status and Eurasian leadership without at the same time undermining international economic cooperation or forcing Russia's smaller neighbors to choose sides.
To this end, the US should play a more constructive and cooperative role in meaningful reform of the international financial architecture, especially as regards the International Monetary Fund (IMF).
Given the mismatch between Russia's aspirations and capabilities, the Russian government's attempts to develop the Eurasian Economic Union (EEU), build up Brazil, Russia, India, China and South Africa (the BRICS) group, and devise alternative nonwestern financial institutions should be understood as signs of economic weakness rather than strength.
China, the US, and the EU should work together to discourage financial nationalism in Russia and protectionism in the new EEU, policies that are potentially damaging for all sides.
Access Article