Gold at the end of the Rainbow? The BRI and the Middle East 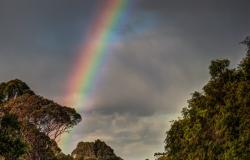 In 2013 China embarked on a new path of engagement with its Asian neighbours, a process which just three years later resulted in Asia's most daring and ambitious macro‐economic undertaking – an ‘initiative’ now known as China's Belt and Road Initiative (BRI). The BRI has the potential to transform Asia's political economy and the level of political, institutional and financial support from Beijing is underlining the importance of this major initiative to the world's fast‐emerging largest economy. The success of the BRI will place China at the heart of the international system and help it build strong organic networks across Asia, and into Europe and East Africa. But it is in the outlying regions such as Central Asia and the Middle East that the BRI's metal will be tested, as indeed China's resilience as a major power. If China is able to overcome the geopolitical, cultural, institutional and socio‐economic barriers of these Asian regions then it will have made some headway towards creating Asia's first international community, arguably an ‘Asian international society’.