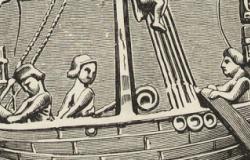 Significant academic and policy attention has focused on identifying the causes and consequences of the growth of traditional sovereign wealth funds (SWFs). This paper, in contrast, highlights a new type of sovereign investment vehicle – sovereign patents funds (SPFs) – that have emerged primarily in advanced industrialized economies, including France, South Korea and Japan. As defined here, SPFs are investment funds that seek to acquire intellectual property resources deemed strategically valuable in the pursuit of national economic objectives. This brief survey article considers the implications of SPFs in comparison to more traditional sovereign wealth funds. In doing so, it asks what emerging discourses on sovereign patent funds can learn from the sovereign wealth fund debate, and points to both similarities and important differences between these entities. While highlighting similarities between SPFs and traditional SWFs, the paper notes that patent funds are more explicitly political than their SWF counterparts. Following an overview of both SPFs and SWFs, the paper compares elements of the structure, behaviour, and response to these funds. Finally, while a full assessment of the activities and merits of SPFs lies beyond the scope of this article, the conclusion offers key lessons drawn from the SWF comparison.