The WTO in Nairobi: The Demise of the Doha Development Agenda and the Future of the Multilateral Trading System 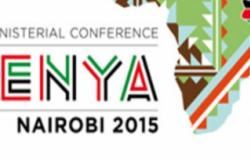 This article offers a full-length evaluation of the World Trade Organization's (WTO) decisive December 2015 Nairobi ministerial conference. It examines the dynamics of the meeting, the emergence of a new negotiating mode, and the contestations between key developing and developed members; it explores the substance of the deal negotiated; and it reflects on the future capacity of the WTO to serve as a means of securing trade gains for developing and least developed countries. Three arguments are advanced. First, the use of a new mode of negotiating brought participation and consensus into the core of the Nairobi talks, but it also resulted in an agreement that moves away from the pursuit of universal agreements to one wherein more narrowly focused piecemeal deals can be brokered. Second, the package of trade measures agreed continues an established pattern of asymmetrical trade deals that favour developed members over their developing and least developed counterparts. Third, Nairobi alters fundamentally the likely shape of future WTO deals with significant consequences for developing country trade gains. The likely result is that while Nairobi will energise the multilateral system it will do so in a way that is of questionable value to developing and least developed countries.