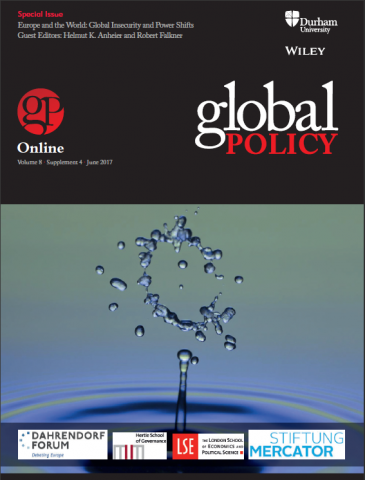 Dahrendorf warned long ago that Europe may be ill prepared for the challenges of globalisation. More recently, Giddens has questioned whether Europe can afford its social model and the cultures it embodies, while analysts like Mahbubani have repeatedly challenged the complacency of the West, in particular Europe. Clearly, the conditions for pursuing a common path are changing at a pace concurrent with global geopolitical trends. In a fast-changing world, Europe runs the risk of being left behind, diminished to what a Chinese commentator has called a ‘center of museums and tourist destinations’. Given developments, it seems important to explore a number of difficult questions:

Will the European Project develop into a democratic governance structure capable of serving as a united vision and functioning public administration for member states – or will it disintegrate into smaller units or muddle through as a technocracy? Will Europe manage to maintain its leading economic position next to North America and East Asia – or will it become a regional economy more or less integrated into world markets, but ultimately dominated by outside forces? Will Europe remain, and be treated as, a world power – or will it become increasingly marginalised in geopolitical affairs? To address these questions from diverse perspectives, this special issue of Global Policy, guest edited by Helmut K. Anheier and Robert Falkner, brings together contributions from the Dahrendorf Symposium 2016 ‘Europe and the World – Global Insecurity & Power Shifts’ held in Berlin in May 2016.

Daniela Schwarzer - Europe, the End of the West and Global Power Shifts

Economic Globalisation and its Effects

Jörg Wuttke - The Dark Side of China’s Economic Rise

Global Power Shifts and their Consequences for Europe

Jie Yu - After Brexit: Risks and Opportunities to EU–China Relations