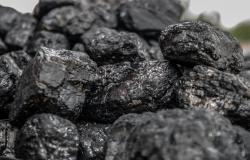 This article examines the origin, process, and outcome of an understudied, but important multilateral climate change negotiation: the OECD negotiation to restrict export finance for coal‐fired power projects. It assesses how the United States – the OECD’s most powerful member – led the negotiations, and how Japan, South Korea, and China – a non‐OECD state – affected the negotiation’s outcome. It shows how internal and external dynamics of the negotiation under the shadow of China’s rising market influence shaped the preferences of Japan and South Korea in such a way that constrained US attempts to build new rules in curbing coal export finance. This research illustrates the collective action problem in an increasingly fragmented global governance landscape driven by transitions in global power. Contrary to critics that have identified China’s participation in multilateral organizations as weakening the global liberal order, this research shows that a ‘club‐based’ approach to this liberal order proved ineffective absent China’s participation.

The UN at 70: Confronting the Crisis of Global Governance
Madeleine K. Albright and Ibrahim A. Gambari
Vol 6, Issue 4, November 2015