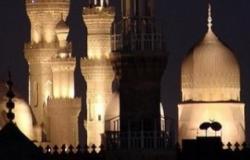 Once a net exporter of oil and gas, Egypt is now struggling to meet its own energy needs as a result of increasingly high energy consumption. The growth in energy consumption is mainly a response to the country's economic expansion, population growth, industrialization and a change in people's lifestyle. In addition, Egypt is not efficiently using its energy resources for economic production as it shows the highest greenhouse gas emissions per GDP in the Middle East and North Africa (MENA) region (measured by million tons per annum/$ billion) as well as the highest primary energy consumed per GDP in the region (close to double the world average).