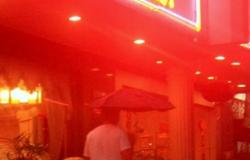 This article investigates the temperature reduction impact of major climate policy proposals implemented by 2030, using the standard MAGICC climate model. Even optimistically assuming that promised emission cuts are maintained throughout the century, the impacts are generally small. The impact of the US Clean Power Plan (USCPP) is a reduction in temperature rise by 0.013°C by 2100. The full US promise for the COP21 climate conference in Paris, its so-called Intended Nationally Determined Contribution (INDC) will reduce temperature rise by 0.031°C. The EU 20-20 policy has an impact of 0.026°C, the EU INDC 0.053°C, and China INDC 0.048°C. All climate policies by the US, China, the EU and the rest of the world, implemented from the early 2000s to 2030 and sustained through the century will likely reduce global temperature rise about 0.17°C in 2100. These impact estimates are robust to different calibrations of climate sensitivity, carbon cycling and different climate scenarios. Current climate policy promises will do little to stabilize the climate and their impact will be undetectable for many decades.