The Intergovernmental Panel on Climate Change and the Science‐Diplomacy Nexus 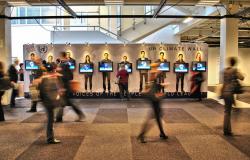 In this article, we address the climate change issue through the lens of science diplomacy. We contribute to analyzing the mechanisms by which, in the international climate regime, the issues of science intermingle with those of diplomacy. We use the term ‘nexus’ to designate the interactions between the dynamics of science itself and the dynamics of diplomacy. We focus on the critical role played by the IPCC in the formation of this nexus. We argue that the extent to which diplomats understand and use scientific knowledge as well as that the clashing of national interests during major negotiations can jeopardize science diplomacy effectiveness. We thus explain why the large consensus that exists among scientists about the origins and long‐term risks of climate change does not translate into a consensus among diplomats over an appropriate course of action. These findings illustrate the limits of ‘science in diplomacy’.

The Origins of the Ukraine Crisis and the Need for Collective Security between Russia and the West
Tom Sauer
Vol 8, Issue 1, February 2017