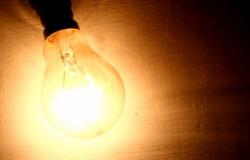 This article revisits a number of familiar debates about climate change mitigation yet draws some unorthodox conclusions. First, that progress towards a renewable small-scale energy future in environmentally conscious countries such as Germany and Sweden may take the world as a whole further away from climate stability by reducing the political pressure to finance breakthrough innovation. Second, that without such game-changing innovations, developing countries will continue to deploy whatever technologies are domestically available, scalable and affordable, including thermal coal power in most instances. Third and finally, that as any realistic hope of achieving climate stability hinges on the innovation of breakthrough technologies, the urgency of climate change calls not so much for the domestic deployment of existing energy technologies but rather a concentrated effort to develop technologies that will be adopted globally. These arguments imply that national innovation policy, and an international treaty establishing a ‘Low-Emissions Technology Commitment’ should be the central focus of climate policy.

Technological breakthroughs that make clean baseload energy cheaper than fossil fuels will be needed before it is possible to put the global economy on a trajectory toward deep decarbonisation.
National energy innovation efforts and an international innovation treaty should be at the centre of climate policy rather than simply an addendum to it.
This article suggests that energy research is fundamental to the policy objective of achieving climate stabilisation and a return to pre-industrial levels of greenhouse gas concentrations.
Climate leadership requires that technologically capable, environmentally concerned states formulate policies that seek to address the energy challenges of the world as a whole.
Access Article