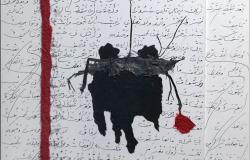 That hydrocarbon abundance may lead to more violence is an established truism in the literature on the resource curse. Looking at the Middle East, however, the literature relates bellicose state behaviour entirely to oil‐producing revolutionary republics. Instead, dynastic monarchies are claimed to be the more peacefully behaving actors. Current developments turn this conclusion upside down, however. Since 2015 at the latest, the foreign policy of Saudi Arabia, the leading monarchy in the Middle East, has transformed from multi‐dependence to petro‐aggression. By discussing this striking transformation, the paper puts forward a framework looking at the interaction of three crucial dimensions: first, the decreasing power projection towards the Middle East by the United States, the decade‐long hegemon, due to gradual changes in world energy markets and war fatigue at home; second, the lasting fiscal potency of the Saudi regime; and, third, the personalization of the Saudi monarchy under King Salman as a historically contingent result of transferring power to the generation of Ibn Saud's grandsons.

The Organisation for Economic Cooperation and Development 1961–2011: Challenges for the Next 50 Years
Judith Clifton and Daniel Díaz-Fuentes
Vol 2, Issue 3, October 2011