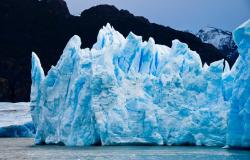 Targeted geoengineering aims to tackle a global scale impact of climate warming by addressing local or regional systemic interventions. We consider three examples: conserving the West Antarctic ice sheet by limiting rates of ice discharge or increasing snow accumulation, thereby reducing global sea level rise; transforming the Arctic permafrost zone into steppe grassland; raising the albedo of Arctic sea ice. There are important differences between targeted interventions and archetypal solar geoengineering, which ideally would have global governance structures, while some targeted interventions may be done entirely under the accepted purview of small numbers of nation states. For example, the West Antarctic ice sheet is governed by the consultative members of the Antarctic Treaty. Of the interventions we look at, only ice sheet conservation seems viable and efficient relative to solar geoengineering. Many important treaties and conventions rely on the precautionary approach. While at first glance this principle seems to argue against targeted interventions, we argue that it may in fact do the opposite. Given the existence of irreversible thresholds in many natural systems, the precautionary approach may be better upheld by a targeted intervention that prevents a system from changing in ways that cannot be undone.

Shrouded in Secrecy: International Relations according to Carson, Berman and Lake
Vol 11, Issue 3, May 2020