Three Models of Global Climate Governance: From Kyoto to Paris and Beyond 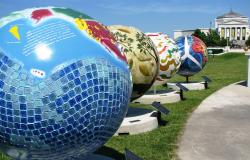 The Paris Agreement has emerged as one of the world's most important international treaties. Many believe that it offers a new approach to the problem of climate change, can contribute significantly to the goal of reducing emissions, and may hold lessons for how to govern other cross‐border issues. As a result, it has been the focus of considerable debate among scholars and policy makers. But how precisely does Paris seek to govern global warming and is it likely to work in practice? We address this question by contrasting the Paris ‘model’ of climate governance with earlier ones associated with the Kyoto Protocol and Copenhagen Accord. These models have taken different approaches to the problem of governing climate change, each with attendant advantages and limitations. The Paris model advances upon earlier efforts in certain respects, but also blends elements from earlier models. We then lay out the central axes of the debate that has emerged about the future of the Paris model, and discuss research illuminating how it may operate in practice. The agreement's success will depend on how the agreement is implemented, and on how the UNFCCC process interacts with the complementary approaches to climate governance appearing beyond it.