Football Politics in Central Eastern Europe: A Symptom of Growing Anti-Europeanism and Anti-Globalization? 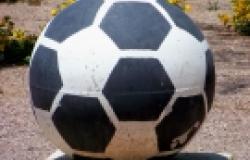 There is a discourse in Europe’s current academic and political debate about growing Anti-Europeanism linked to Anti-Globalization in the Central Eastern European (CEE) region. Football culture in the European Union’s East, particularly Poland, is perceived as symptom of such trend. Many of the local fan groups, although belonging to very different ideological and social stripes, conceive their actions more often than hooligans in other European nations as openly political – i.e. mainly as a form of resistance. “Resistance against the system” – including both the national, the European and the global “systems” – is their unifying bond. In most cases, resistance against one of these systems means to automatically oppose the other two too. To understand this particular embedment of football as a contextual political factor in the public sphere of Central Eastern Europe, which is causing domestic turmoil and negative perceptions in other European nations and worldwide, one has to understand the political, social and cultural role of Europe’s most popular sport in the former “Eastern Bloc” during the 45 communist years 1945-1990, write Roland Benedikter and Dariusz Wojtaszyn.

Three Assumptions about Local Research Collaborators in the Global South