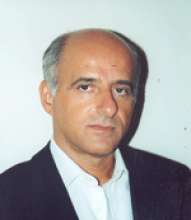 C.J. Polychroniou is a political scientist/political economist, author, and journalist who has taught and worked in numerous universities and research centers in Europe and the United States. Currently, his main research interests are in U.S. politics and the political economy of the United States, European economic integration, globalization, climate change and environmental economics, and the deconstruction of neoliberalism’s politico-economic project. He is a columnist for Global Policy Journal and a regular contributor to Truthout as well as a member of Truthout’s Public Intellectual Project. He has published scores of books and over one thousand articles which have appeared in a variety of journals, magazines, newspapers and popular news websites.  Many of his publications have been translated into a multitude of different languages, including Arabic, Chinese, Croatian, Dutch, French, German, Greek, Italian, Japanese, Portuguese, Russian, Spanish, and Turkish. His latest books are Optimism Over Despair: Noam Chomsky On Capitalism, Empire, and Social Change (2017); Climate Crisis and the Global Green New Deal: The Political Economy of Saving the Planet (with Noam Chomsky and Robert Pollin as primary authors, 2020); The Precipice: Neoliberalism, the Pandemic, and the Urgent Need for Radical Change (an anthology of interviews with Noam Chomsky, 2021); and Economics and the Left: Interviews with Progressive Economists (2021).

China Miéville: Marx’s Communist Manifesto Has Much to Teach Us in 2023

18 January 2023
“Every day, capitalism proves that it is absolutely indifferent to human flourishing,” says author China Miéville. The Communist Manifesto” is one of the most widely read…

10 January 2023
Mainstream economics failed miserably in addressing the financial crisis of 2007-08, so why would it be any different now when it comes to making sense of the rising inflation of…

04 January 2023
C.J. Polychroniou and Nancy Folbre discuss how a feminist political economy not only addresses gender inequalities, but also seeks to rectify inequalities in the…

Noam Chomsky: “We’re on the Road to a Form of Neofascism”

09 December 2022
The ground is well prepared for neofascism to fill the void left by class war wrought by neoliberalism, says Chomsky. Neoliberalism has reigned supreme as an economic philosophy…

24 November 2022
Currently 26 billionaires have the same wealth as the poorest 3.8 billion people on the planet. Capitalism has been around for such a long time that it is hard for people even to…

22 November 2022
The Wire case is yet one more example of Modi's regime trying to undermine the media landscape and, indeed, destroy dissenting media. Since the end of the Cold War, hybrid…

25 October 2022
Since the mid-1990s, the United Nations has been launching global climate summits — called COPs — which stands for Conference of the Parties. Last year was the 26th annual summit…

20 September 2022
Though capitalism is more unleashed than ever, there are ways to transition into a sustainable future. We live in extraordinarily dangerous times. Climate breakdown is upon us,…

13 September 2022
Harsha Walia makes a case for a world without borders. As we witness an increase in global migration amid a growing anti-immigrant sentiment, it is vital to remember that…

10 August 2022
The current economic system is at the heart of the climate breakdown, argues Herman Daly, a leading expert in the field of ecological economics who for many decades has been at…

12 July 2022
The capitalist world economy is facing major challenges today: The COVID-19 pandemic has caused damage to most economies around the world, skyrocketing inflation is…

05 July 2022
An NPR/Ipsos poll released in January revealed that the overwhelming majority of Americans believe that U.S. democracy is “in crisis and at risk of failing.” What the poll…

16 June 2022
Russia’s invasion of Ukraine was a godsend for the North Atlantic Treaty Organization (NATO), which had been declared “brain dead” by French President Emmanuel Macron as recently…

08 June 2022
The war in Ukraine is now in its fourth month, but there is no sign of a ceasefire or resolution anywhere in sight. Ukrainian President Volodymyr Zelenskyy has ruled out a…

30 May 2022
Although the war in Ukraine has put climate action on the back burner for many policy makers, the global climate crisis is spinning out of control. Various climate records …