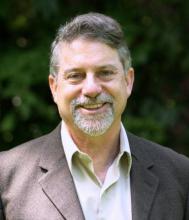 Since 2010, his energy writings have moved to general audiences and a wide variety of topics of global concern. These have ranged from climate change to fracking, and included energy issues, technologies, and geopolitics in most parts of the world, as well as global trends and their relation to demographics. Scott’s writings have appeared in online journals such as The Conversation, Newsweek, Salon, Forbes, Fortune, and The Huffington Post. He also lectures publicly on these subjects and provides commentary for online and broadcast (radio, tv) venues both in the U.S. and internationally.

In addition to his popular writing and speaking, Montgomery has published 12 books on a range of subjects, including energy. These include, most recently, Seeing the Light: Making the Case for Nuclear Power in the 21st Century (Cambridge, 2017) and The Shape of the New: Four Big Ideas and How They Built the Modern World(Princeton), co-authored with Dan Chirot. The latter work was selected by The New York Times as one of the 100 Most Notable Books of 2015. Other works include Does Science Need a Global Language? (Chicago, 2013) and Powers that Be: Global Energy for the 21st Century and Beyond (Chicago, 2010).

17 May 2022
Scott L. Montgomery argues that dangers can transpire when myths and lies evolve into abiding truths. Vladimir Putin’s war, it seems clear, is not waged against Ukraine…

Will The Young Save America?

24 January 2022
GP Columnist Scott L. Montgomery argues that young people have an opportunity to play the leading role in reverting the USA’s democratic backslide. It seems time that two vital…

Edward O. Wilson: A Brilliant Legacy with a Dark Warning

04 January 2022
Scott Montgomery offers a questioning homage to the evolutionist E.O. Wilson who died on December 27th 2021. On a glowing October day in 1976, I attended a talk by…

07 December 2021
Scott Montgomery on why abandoning coal is akin to replacing the circulatory system of a living body. There’s no debate. Global coal use continues to be a major hurdle…

Freedom in a Pandemic Society

01 November 2021
Scott Montgomery discusses the difficult links between anti-vax positions and ongoing democratic backslides in the USA and elsewhere.  As of this writing, covid-19 defines the…

31 August 2021
Scott Montgomery unpicks the discourses surrounding the U.S.' uncomfortable withdrawal from Afghanistan.  There is an ugly quality of thrill in the surge of media coverage on…

Ageing Societies Are Not the End of the World

22 June 2021
Scott L. Montgomery argues that the specter of global ageing shouldn’t haunt the present and offers reasons to be optimistic about demographic change. Humanity is facing yet…

30 April 2021
Bill Gates has published an important book on an urgent topic, How to Avoid Climate Disaster. It’s mostly about energy, as it needs to be, so I want to discuss it. The book…

18 March 2021
Scott L. Montgomery explores the roots of conservatives’ championing of tax cuts. Whatever might be said, it’s not about economics. The seeming fundamentalist belief in the U.S.…

10 March 2021
GP Columnist Scott Montgomery explores the life of one of America's most celebrated myth makers and how he helped pave the way for Trump's politics. In this year’s…

17 February 2021
Scott Montgomery explores the stage and actors shaping the end of the Trump era, and reminds us that people not rules are ultimately responsible for its legacy. Watching the…

What Has Happened? A Comment on the True State of American Democracy in 2021

21 October 2020
Scott Montgomery on why autocrats fear scientific knowledge and expertise. A hidden but heated theme in this election and Supreme Court hearing season, the most important in many…