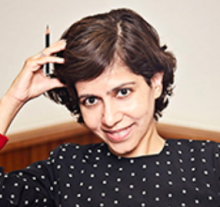 Amrita Narlikar is the President of the German Institute for Global and Area Studies (GIGA), and Professor at Hamburg University. She is also non-resident Senior Fellow at the Observer Research Foundation.

Amrita was awarded her MPhil and DPhil from Oxford University (Balliol), and was then appointed to a Junior Research Fellowship at St John’s, Oxford. She also has intellectual roots at the School of International Studies, JNU, and St. Stephen’s College.

22 April 2021
Amrita Narlikar explores the advantages and disadvantages of two competing narratives - to resuscitate and reinforce, or to restructure - on the future of…

29 September 2020
There is an urgent need for convincing narratives, backed by data and grounded in fact, that can show people why multilateralism is worth preserving. Multilateral institutions…

Learning, Life, and Love in times of Corona: A Personal Reflection

11 September 2020
Many researchers have been writing about the pandemic as part of their scholarly work. We were also curious about their personal experiences and thoughts amidst these testing…

China’s Wolf Warrior Diplomacy: Why we are all Hong Kong now

07 September 2020
Amrita Narlikar and Amitabh Mattoo argue that what has happened in Hong Kong should matter to all of us. In recent decades, the combination of a slow but certain instrumentalism…

19 August 2020
Amrita Narlikar argues that to tackle the pandemic leaders sorely need to develop narratives that appeal to people’s own interests, and give them a sense of hope and purpose. In…